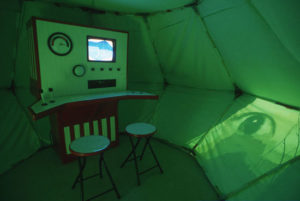 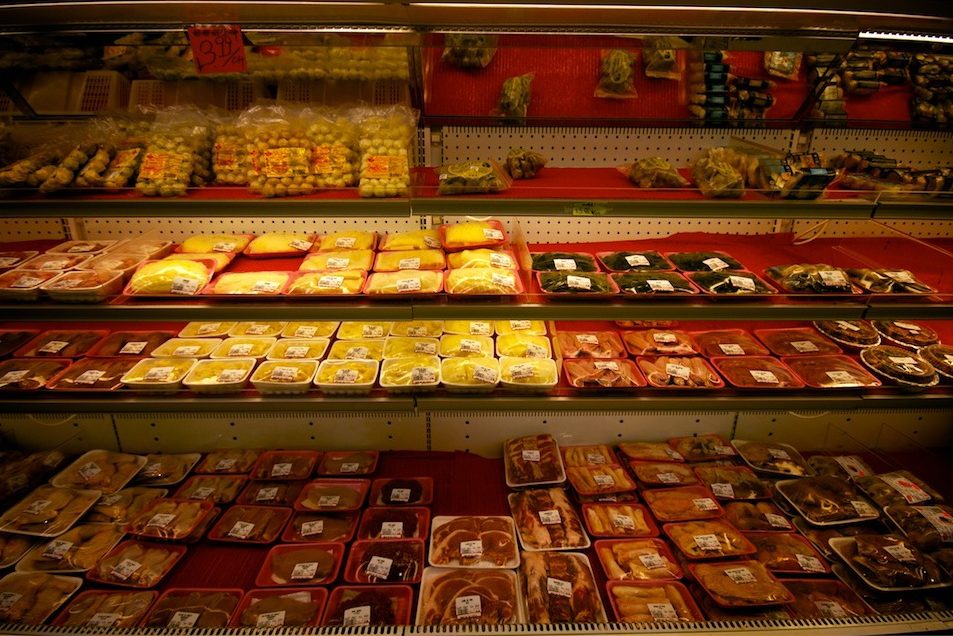 Parker Mah, making of Being Chinese in Quebec, 2015 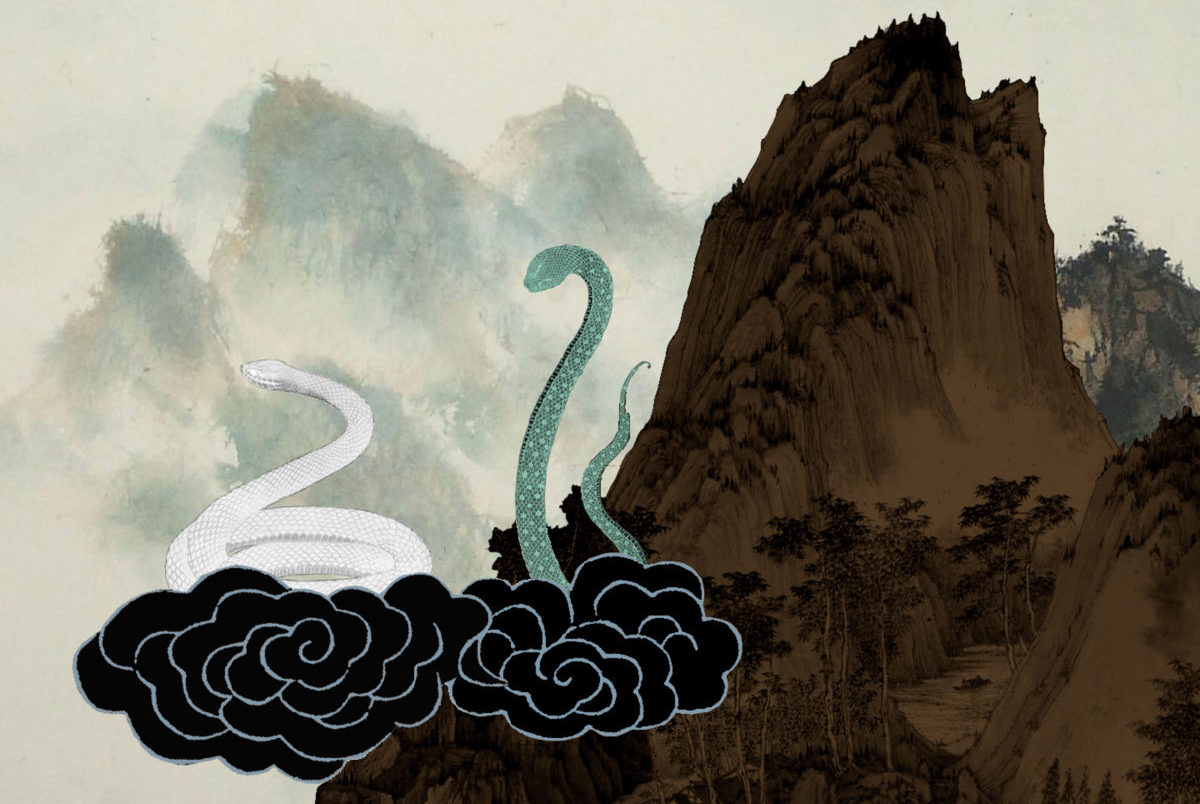 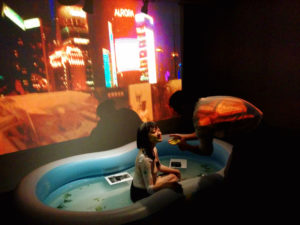 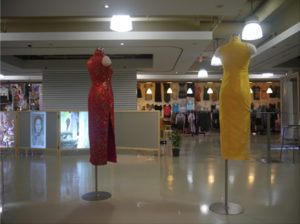 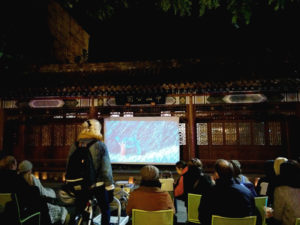 Hungry Ghosts Association 餓鬼公所 is a multi-disciplinary curatorial project that matches Chinese-identified contemporary artists with theoreticians, archivists, and community activists to create work that is focused on making space for a grassroots narrative of Montreal’s Chinatown. Select Indigenous and artists of colour will also be invited to participate, in honour of the legacy of collaboration between ethnic groups. Within these parameters, the ongoing collaborative effort would take cues from contemporary art notions of social practice, documentary, and research-based art practices. The resulting presentation would include: an exhibition for the duration of three months; adjunct series of programming including performances and lectures; and an online platform. The online platform would be a website that functions as a toolkit, featuring all the assembled information of the project, including process work by the artists. It would further galvanize various resources created by the artists for the Chinese community and those interested in working with the Chinese community including commissioned web interventions and sound art, as well as art historical essays and video documentation on the exhibition. As a site-specific project, the exhibition would take place in various abandoned and empty storefronts throughout Montreal’s Chinatown – of which there are many, with contractual agreement by the owner. Potential locations include the now-defunct Chinese Cultural Centre, the pavilion in Place Sun Yat-Sen, as well as monthly rental booths in Swatow Plaza.

The core artists will work with knowledge keepers on specific themes that would be determined through suggestion by key community members of Chinatown. Some suggestions for topics to be materialized through contemporary art production include: the only Chinese hospital in Canada, Miss Chinese Montreal pageant, Chinese Free Masons and secret societies, descendants of head tax and family trees, relationship with other ethnic communities, and shifts in property ownership. These would be created in the medium the artist feels most comfortable with. The other artists involved would contribute work to the final exhibition, as well as participate in ongoing discussions throughout the creation process, in exploring new methods of knowledge production. This large-scale project prioritizes an examination of the local to reflect on the expanding notion of national Canadian identity. Participating in this project would also allow Chinese-identified artists to further their professional development in participating in a large-scale project. This project would also serve to push the limits of each artist’s medium of choice in working with the parameters of working with theoreticians, archivists, and community activists to create work that actively reflects on their own perhaps mixed identity as a Chinese-Canadian artist.

Taking its name from the legend of the hungry ghosts in Chinese folklore, as well as from the long-standing legacy of the various family associations – based in Hong Kong as well as in the cities of the diaspora – that helped new Chinese immigrants settle into a new context, while dealing with adjustments to learning new language, finding a livelihood, and inter-generational gaps in cultural understanding. Hungry ghosts or 餓鬼 can emerge from neglect from their living descendants or for committing humanist crimes in their life including expropriation, stealing, or improper desire. Around August or September of every year is the day-long Hungry Ghost Festival, where descendants burn paper effects for their dead. Hungry Ghosts Association 餓鬼公所 is a curatorial project that intends to pay heed to those that have come before us, through their hardship, and to honour a history of Chinese in Montreal through the production of contemporary art. The resulting dialogue that will be created will traverse time as a mediation between generations, between material history and orated memory, and between revitalization of a geographical area and intervention into a community that is part of the larger landscape of Montreal and Canada.

In search for ghosts that have left few material traces and whose spirits still linger with the community, Hungry Ghosts Association 餓鬼公所 maps out a terrain of immigration history with shifts in identitarian politics as its landmarks. To hallucinate is to render images of what is not there, yet what Sigmund Freud describes as a “negative hallucination” is not seeing what is there. It is this negative hallucination that we wish to pursue and render visible through this project. The neighbourhood, centered around De la Gauchetière Street and Saint Laurent Boulevard, has been subject to many changes and governmental forces. In the 1920s, many Chinese immigrants settled in the what was then a Jewish community, and expanded Chinese businesses, associations, and community centres to an area that reached past where the convention centre Palais de Congrès sits now. The erection of both the Palais as well as the Canadian government complex Guy-Favreau pushed the shrinking of Montreal’s Chinatown, particularly after the area’s designation as a tourist destination around Expo 67.

Subject to intricate situations of displacement and relocation, Montreal’s Chinatown is under the threat of disappearance as part of a trend throughout North America where Chinatowns are becoming mere tourist sites as newer American and Canadian-Chinese people settle in the wealthier suburbs. As one of the oldest communities since Canada’s Confederation, the Chinese people of Montreal hold a unique position in a Francophone context, with many older members of the community still alive that are open to sharing their lived experiences and stories of relatives who paid the head tax, sought out gold, and laboured against discrimination to find their place in Canada. In anticipation of the future and to mark the 150th Anniversary of Confederation, Hungry Ghosts Association 餓鬼公所 would mark a New Chapter, materializing a world based off of past data, rendering a form of life with contemporary art and projection for the coming years of the community.